Language matters. For example, the words that corporate and government officials use to report on the health of America’s economy can either make clear to us commoners what’s going on – or hide and even lie about the reality we face.

Consider the most common measurement used by officials and the media to tell us whether our economy is zooming or sputtering: Wall Street’s index of stock prices. The media literally spews out the Dow Jones Average of stock prices every hour – as though everyone is waiting breathlessly for that update.

But wait – nearly all stock is owned by the richest 10 percent of Americans, so the Dow Jones Average says nothing about the economic condition of the 90 percent majority of Americans. For us (and for the true economic health of America as a whole) we need to know the Doug Jones Average – how’re Doug and Dolores doing?

Want good quality, lower-cost health care for your family – and (what the hell, let’s think big here) for every man, woman, and (especially) every child in our society?

Here’s how we can finally get Congress to pass such a program: Step One – take away every dime of the multimillion-dollar government subsidy that Members of Congress get to cover their platinum-level health insurance. Let them have to live with the same exorbitantly-expensive, dysfunctional, and (let’s admit it) sick system of medical profiteering they’ve thrust on us. Eliminate all of their special treatments, including shutting down their “Office of the Attending Physician,” a little-known spot of pure, 100% socialized medicine conveniently located in our US Capitol to provide government-paid doctors, nurses, pharmacists, and others who give immediate, on-the-spot attention to these special ones.

What’s happening to America? I mean the big America we thought we were building. Since 1776, We the People of this bountiful land have not only worked to meet our individual needs and achieve personal goals, but we’ve also worked collectively to build something that’s much bigger than any one of us, more important than any particular group, and more enduring than any single generation–namely, a “little-d” democratic society committed to the Common Good.

And, yes, we’re still a long way from achieving that ideal, but by fits and starts our nation has made real progress, thanks to 242 years of gutsy grassroots movements. Today, though, we need to face up to a shocking reality: There has been a coup against our national pursuit of the Common Good!

Few people are aware of it, for the coup has not been conducted as a single, bold, commando-style frontal assault. Rather, since the middle of the last century the perpetrators have mounted a sneaky, slow motion coup of attrition, moving methodically from one political venue to another, donning multiple organizational guises to strike down a law here, reverse a public policy there, demonize “others,” and ambush progressive groups all along the way. Consequently, over decades, the essential American idea that “we’re all in this together” has been steadily losing out to a diametrically opposed idea: “Each of us is on our own.

This bleak outlook is even recognized as a formal political doctrine: selfish individualism. Basically an ethic of greed, this “philosophy” is being advanced by a plutocratic elite that insists that the role of government is not to promote our common interests and do the will of the majority, but to protect the property and accumulated wealth of moneyed individuals from the rest of us. They are anti-tax, anti-regulation, anti-union, anti-majority radicals who militantly declare: “I got mine, good luck getting yours and don’t even think of touching any of mine.”

In September, the giant retail monopolist, Amazon, announced its intention to build a second corporate headquarters in Someplace, North America. Where’s that? Aha, that’s the trick in a corporate game called “Fleece the Taxpayer.” CEO Jeff Bezos demanded that everyplace submit a list of bribes (excuse me, “incentives”) they would pay to get Amazon to put what he calls HQ2 in their place. Yes, the haughty Amazonian royals actually commanded our public officials to bring all the jewels, gold, and other taxpayer booty they have and kiss Bezos’ ring just to be considered for HQ2. In one stroke, taxpayers all across America were pitted against each other in a bidding war.

As the royal triumvirate of Donald Trump, Paul Ryan, and Mitch McConnell continue their perverse quest to turn our America into a gold-plated Trumplandistan for oligarchs, they keep insisting that their blatantly-elitist schemes will magically elevate the middle class and even the poor, delivering a 7-course-dinner to everyone!

Yeah, right – as we’ve now seen from their totally-regressive new tax law, your and my seven-course dinner turns out to be a six-pack and a possum. In fact, as the non-partisan Tax Policy Center reports, 10 years from now, 83 percent of the benefits in the Trump-Ryan-McConnell tax act will be flowing to the wealthiest families, while more than half of America’s middle-income and poor people will actually see their taxes rise during the next decade.

Meanwhile, this egregious giveaway to undeserving corporate elites will add as much as one-and-a-half trillion dollars to the federal deficit. No problem, says the slap-happy triumvirate, for we have a plan to cover the cost of these lavish tax cuts we’ve given to the royals (including cuts for the gilded Trump family, which just happens to be one of the act’s top beneficiaries). As Trump himself explained the plan: “We’re going to go into welfare reform.” Yes, the plan is to cut such essential safety net programs as children’s health care, food stamps, jobless programs, and – as Ryan now publicly admits, they intend to cut your and my Medicare and Social Security.

From 1776 forward, the “common yeoman” – America’s middle class – has been hailed as the virtuous heart and backbone of our nation.

How ironic, since it took 150 years before we actually created a broad middle class. Before the 1930s, most Americans were poor, or near poor. And, yes, “created” is the correct term for how our middle class came to be, pushed by two historic forces of social transformation.

First, the devastation of the Great Depression created a grassroots rebellion of labor, farmers, and others against the careless moneyed class that caused the 1929 crash. These forces produced FDR and his New Deal of union rights, Social Security, and other tools that empowered ordinary Americans to begin rising up from poverty.

Here’s a question for our Trumpestuous President and his Trumpeteers in Congress: “Why are you even considering giving more tax breaks to corporate giants?”

First, the self-serving corporate class is wallowing in wealth, greedily hoarding it in offshore tax shelters and stock-buyback schemes, refusing to invest it to benefit the vast majority of people they’ve been knocking down and holding down.

Second, you shouldn’t give away our public treasury when our nation has a budget deficit and faces huge needs for public investment – from our deteriorating infrastructure to our disappearing middle class.

Third, our people’s sense of equality and social unity has been severely fractured by 30 years of gross wealth inequality, so intentionally widening the wealth gap is criminally stupid… and dangerous.

Wall Street Thieves Find “New Way” to Steal from Us 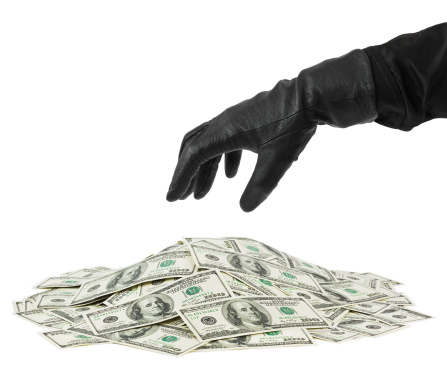 We know that millions of American families lost their homes after Wall Street’s 2007 financial crash… but where did all those houses go?

It turns out that Wall Streeters themselves formed profiteering investment groups that rushed out to scoop up tens of thousands of those foreclosed properties, usually grabbing them on the cheap at courthouse auctions in suburban metro areas that were hard-hit by the crash. These moneyed syndicates have deep, deep pockets, so they easily outbid local buyers to take possession of the majority of the single-family homes being sold off in many distressed places.

Why are they buying? To turn the homes into rental properties and become the dominant suburban landlord, controlling the local market and constantly jacking up rents. For example, the Wall Street Journal found that in Nashville’s suburb of Spring Hill, just four of these predatory giants own 700 houses – giving this oligopoly of absentee investors ownership of three-fourths of all rental houses in town. One of these bulk buyers is an arm of Blackstone, the world’s largest private equity firm, another is an equity outfit that was spun out of the housing speculation department of Goldman Sachs, and another is a billionaire whose investors include the Alaska State Oil Fund.

When Will Wall Street Quit Being Stupid?

The self-described “Geniuses of Wall Street” are being stupid. Again.

In 2007, their stupid schemes and frauds crashed our economy, destroying middle-class jobs, wealth, and opportunities. Far from being punished, however, the scofflaws were bailed out by their Washington enablers – so the moral lesson they learned was clear: Stupid pays! Go Stupid!

Sure enough, here they come again! Rather than investing America’s capital in real businesses to generate grassroots jobs and shared prosperity, Wall Street is siphoning billions of investment dollars into speculative nonsense – such as bundles of high-risk, subprime auto loans.

The governors of many states are boldly stepping forward these days to stop grassroots democracy.

Yes, noting that local citizens and officials have been passing local laws to govern themselves, a flock of right-wing governors are asserting an autocratic power called “state preemption” to overrule democratic decisions made by locals. Why do these governors hate democracy? Because their corporate funders don’t like some of the laws local people support – so democracy must go! This is not a matter of a rogue governor here or there, but a coordinated effort by corporate interests to get governors to usurp local authority.

The main coordinator of this power grab is ALEC, the American Legislative Exchange Council. For example, in 2014, when Fight for 15, and other activist groups began winning city campaigns for minimum wage hikes, ALEC responded by holding a corporate forum on how state officials can stop such local actions. ALEC circulated a model bill called the “Living Wage Preemption Act,” and sure enough, it’s already been passed by nearly half of our states.