Extreme Poverty Cut in Half? Only in the Minds of the Capitalists

"Take a bow, capitalism." That's from the Economist, a business-happy publication that has every reason to perpetuate the myth that a world run by free enterprise is improving people's lives. Its story continues with an astounding claim: "The world now knows how to reduce poverty." Perhaps by presenting questionable data that seems to support what the business community wants us to believe.

Other super-capitalists are similarly exuding hyperbole in defense of their shaky beliefs. Said a spokesman for the American Enterprise Institute: "It was the American free-enterprise system that started to spread around the world. They looked at you and said, 'I want to have their life, their freedom, and their stuff, and they threw off their chains of poverty and tyranny.'" But it's clear, when the facts are checked, that the chains of poverty are being wrapped around more and more human beings.

According to the Credit Suisse Global Wealth Databook 2016, the median wealth of the world's adults is $2,222, down from $3,248 at the end of 2007. While the rich people of the world have taken more than their share of the $35 trillion wealth gain since the recession, the world median has dropped by over $1,000!

Last year it was eight men, then down to six, and now almost five.

While Americans fixate on Trump, the super-rich are absconding with our wealth, and the plague of inequality continues to grow. An analysis of 2016 data found that the poorest five deciles of the world population own about $410 billion in total wealth. As of June 8, 2017, the world's richest five men owned over $400 billion in wealth. Thus, on average, each man owns nearly as much as 750 million people.

Why Do We Let a Few People Shift Great Portions of the World's Wealth to Themselves?

Most of the super-super-rich are Americans. We the American people created the internet, developed and funded artificial intelligence, and built a massive transportation infrastructure, yet we let just a few individuals take almost all the credit, along with hundreds of billions of dollars.

Unsure About Socialism? Here's More Evidence That Capitalism Is Killing the US

A recent Gallup poll found that less people would vote for a socialist than for an atheist, a Muslim, or an evangelical Christian. Media-numbed Americans still believe that "government is the problem." Yet evidence keeps pouring in that free-market capitalism treats public safety as a profit-killer, dismisses environmental issues as irrelevant to business, and eliminates jobs to please investors.

Reports from the past six months show that the ongoing record of capitalist greed and irresponsibility has plunged to new lows.

It's disturbing enough that Volkswagen and Ford and General Motors and other auto companies rigged emissions tests and took safety shortcuts to save money; and that the Southern California Gas Co. lied about its poisonous sulfur levels; and that Exxon was found to be hiding its own climate change research for four decades; and that tens of thousands of government-subsidized abandoned mines have been left to pollute our waterways.

But Monsanto, which proclaims "We are committed to long-term environmental protection," sued the State of California for trying to protect its citizens from the company's toxic materials.

The sharing economy has created companies that promote worker 'independence' while denying them health and retirement benefits, sick pay, overtime pay, and vacation pay. It's not a new capitalist idea. Merck and Out Magazine are among the companies that have "outsourced" employee positions to independent contractor positions, either by a mass layoff or by selling part of the company, after which former employees could be hired back at lower pay and without benefits.

5 Reasons the Top Tax Rate Should Be 80 Percent

It came up in the Republican debate again, the curious notion that striving for less inequality is somehow a form of "class warfare." The implication is that the richest people earned everything they have through their own initiative and hard work. But most of them have exploited an American financial system that has facilitated the transfer of our national wealth to the people who manage that wealth.

Informed Americans understand that an economic war has been waged against the middle and lower classes. As a result, there are at least five good reasons why the tax rate on the upper classes should be MUCH higher.

Total U.S. wealth increased by a stunning 60 percent since 2009, from $54 trillion to $86 trillion, but 3/4 of that massive increase went to the richest 10% of Americans. According to the New York Times, the wealthiest Americans have formed an "income defense industry" to shelter their riches, with, "a high-priced phalanx of lawyers, estate planners, lobbyists and anti-tax activists who exploit and defend a dizzying array of tax maneuvers, virtually none of them available to taxpayers of more modest means." From 2003 to 2012 the average income tax rate paid by the richest 1% went down, while for the 99% it went up.

Our Jobs Are Disappearing

Americans are feeling the impoverishing effects of the shift from middle-income to low-income jobs. The disappearance—or, more accurately, downsizing—of living-wage jobs is documented by numerous reports that reveal the suddenness and the extent of this affront to middle America.

First, the Neoliberal Explanation: It's Not Really Happening

Business writer Robert Samuelson calls the post-recession low-wage recovery a "myth." To support his claim he cites a study from the Economic Policy Institute which, according to Samuelson, proves that "the economy’s employment profile—the split between high- and low-paying jobs—hasn’t changed much since the recession or, indeed, the turn of the century."

But the EPI analysis is based on average wages within industries, rather than on the median, which reflects unequal growth. If the median had kept up with the average over the past 15 years, the current median wage would be $1/hour higher, or about $2,000 per year. The employment profile has actually changed a great deal since the year 2000.

There's more. The EPI analyst claims that "jobs are being added relatively in proportion to their share." But she only considers one year's data, after much of the damage had already been done. Even so, the EPI figures show that the percentage of middle-wage jobs added in 2014 was 6.3 percent less than the overall percentage of middle-wage jobs (42.7% to 40%)—a rather dramatic change for a single year.

They consist of 16,000 individuals, about the size of a crowd at a professional basketball game. The inequality horror they've fomented is reaching far beyond the half of America that is in or near poverty, for it now impacts those of us well above the median, those of us in the second highest of four wealth quartiles.

The combined net worth of the 16,000 richest Americans is approximately the same as the total wealth of 256,000,000 people. Details for this statistic and other facts to follow are at You Deserve Facts.

The world's poorest 75% own roughly 4 percent of total global wealth, approximately the same percentage of wealth owned by the .01% in the United States. Again, calculations are shown here. 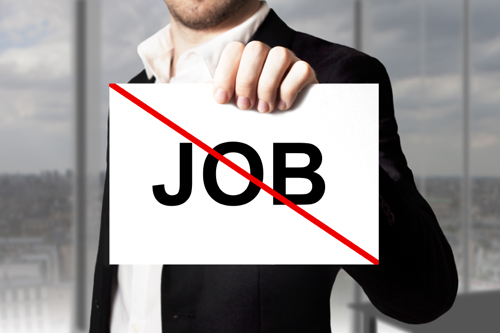 Capitalist enterprises have little incentive to work for ordinary people, and instead they do whatever is necessary to enrich the owners of their corporate stock. Choosing the leading job-killing industry is a difficult task with so many candidates. But technology, pharmaceuticals, and the "sharing economy" are clearly in the running.

The companies in the spotlight are specialists in the disdainful business practices that permeate their industries.

Blowing Off Taxes: Pfizer had nearly half of its sales in the U.S. over the past three years, yet claimed losses in the U.S. along with $50 billion in foreign profits. Despite paying an effective tax rate of just 7.5 percent in 2014, and despite being one of the nine pharmaceutical companies among the top 30 Fortune 500 firms in offshore tax hoarding, Pfizer CEO Ian Read complained that U.S. taxes had his company fighting "with one hand tied behind our back." So now his company is preparing to avoid even more taxes by merging with Allergan in what the Wall Street Journal calls the "largest so-called inversion ever."

Taking from Taxpayers: Even more incredibly, Pfizer's tax avoidance occurs in an industry that receives most of its basic research funding from the taxpayers, and which spends almost $20 on marketing for every dollar spent on R&D.

Spending on Itself: From 2001 to 2015 Pfizer spent an astounding 117 percent (!) of its income on investor-enriching stock buybacks and dividends, while slashing its post-recession employee base from 110,000 to 78,000.

Taking from Consumers: To support its self-serving buyback obsession, Pfizer, along with other pharmaceutical companies, charges up to $10,000 per month for cancer drugs, an amount approximately 600 times the cost of production, and up to ten times higher than just 15 years ago. Thanks to a business-friendly Supreme Court, their massive profits are made without competition from generic drugmakers.

Private Health Care as an Act of Terrorism

The FBI defines terrorism as "Acts dangerous to human life...intended to intimidate or coerce a civilian population." Much of the behavior of our current health care system meets that definition. The facts show intention on the part of corporations to intimidate the population by using market strategies to charge whatever they like for their medical products and services, and an effort to coerce the public into accepting the current system as the only option.

The Average American Family Pays $4,000 for Medical Fraud and Subsidies

Medical billing fraud is estimated at 10 percent of all health care, or about $270 billion, while patent monopolies raise the price of prescription drugs by another $270 billion a year. Combined, this represents an astonishing annual cost of over $4,000 to an average American household. As The Atlantic puts it, "The people most likely to bilk the system are doctors and medical providers, not 'welfare queens.'"

A Johns Hopkins professor explained, "They are marking up the prices because no one is telling them they can’t."

Why So Many Americans Defend the Failed Capitalist Experiment

Capitalism has worked for big business and for the people with stocks and estates. But for the past 35 years our economic system, stripped of sensible regulations, has poisoned the nation with deadly inequality and driven much of middle America to an ever-widening lower class.

Yet for much of the nation the delusion persists, against all common sense, that deregulated free-market capitalism works, that it equates to true Americanism, and that people have only themselves to blame for their failure to thrive in this expanding world of wealth. The reasons for this delusion are not hard to determine.

1. The Rich are Easy to Understand: Capitalism Justifies Selfishness

Studies have consistently shown that increased wealth causes people to turn inward, to believe more in their own "superior" traits, and to care less about the feelings and needs of others. This anti-social attitude blends well with the Ayn-Randish "greed is good" message of unregulated capitalism.

Other studies have determined that money pushes people further to the right, making them less egalitarian, less willing to provide broad educational opportunities to all members of society, and certainly part of the reason that our investment in public infrastructure as a component of GDP dropped by 60 percent from 1968 to 2011.

Corporations have reaped trillion-dollar benefits from 60 years of public education in the U.S., but they're skipping out on the taxes meant to sustain the educational system. Children suffer from repeated school cutbacks. And parents subsidize the deadbeat corporations through increases in property taxes and sales taxes.

Big Companies Pay about a Third of their Required State Taxes

An earlier report noted that 25 of our nation's largest corporations paid combined 2013 state taxes at a rate of 2.4%, a little over a third of the average required tax. Many of these companies play one state against another, holding their home states hostage for tax breaks under the threat of bolting to other states.

Overall spending on K-12 public school students fell in 2011 for the first time since the Census Bureau began keeping records over three decades ago. The cuts have continued to the present day, with the majority of states spending less per student than before the 2008 recession.